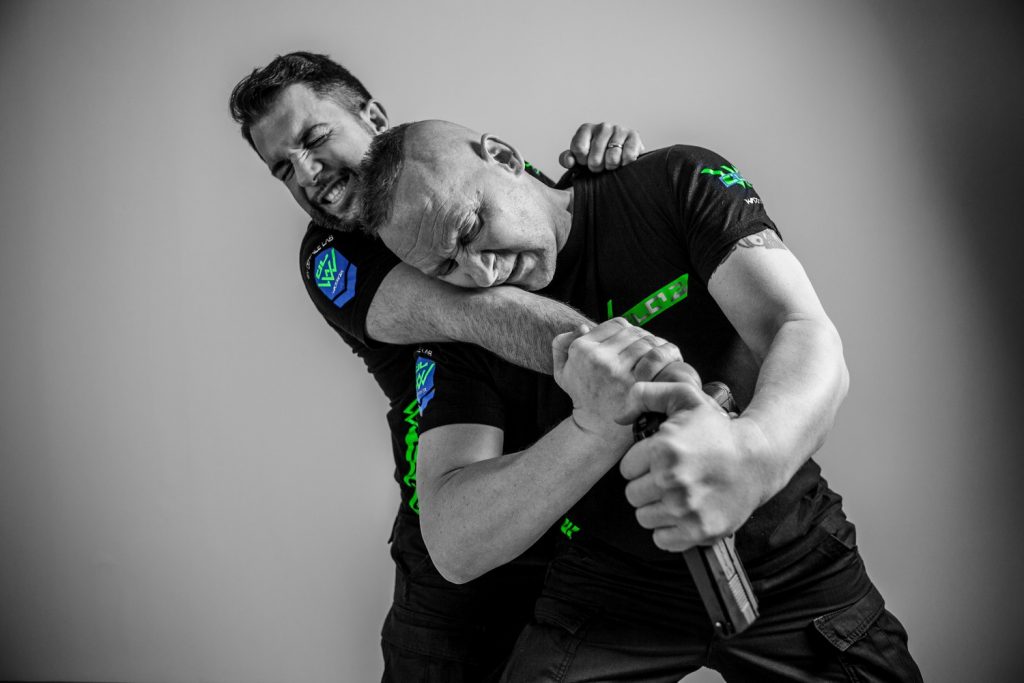 Krav Maga is a military self-defence and fighting system developed for the Israel Defense Forces and Israeli security forces derived from a combination of techniques sourced from aikido, boxing, wrestling, judo, and karate. Krav Maga is known for its focus on real-world situations and its extreme efficiency.

It was derived from the street-fighting experience of Hungarian-Israeli martial artist Imi Lichtenfeld, who made use of his training as a boxer and wrestler, while defending the Jewish quarter against fascist groups in Bratislava, Czechoslovakia, during the mid-to-late 1930s. In the late 1940s, following his aliyah to Mandatory Palestine, he began to provide lessons on combat training to what was to become the IDF.

From the outset, the original concept of Krav Maga was to take the most simple and practical techniques of other fighting styles (originally European boxing, wrestling, and street fighting) and to make them rapidly teachable to military conscripts.

Krav Maga has a philosophy emphasizing aggression, and simultaneous defensive and offensive maneuvers. Krav Maga has been used by the Israel Defense Forces’ special forces units, security forces and by regular infantry units.Closely related variations have been developed and adopted by Israeli law enforcement and intelligence organizations. There are several organizations teaching variations of Krav Maga internationally.

In addition, there are two types of this martial art; one type is used in the Israeli security forces and one type is in civilian use.

View all our locations

You can find out more about which cookies we are using or switch them off in settings.

This website uses cookies so that we can provide you with the best user experience possible. Cookie information is stored in your browser and performs functions such as recognising you when you return to our website and helping our team to understand which sections of the website you find most interesting and useful.

Strictly Necessary Cookie should be enabled at all times so that we can save your preferences for cookie settings.

If you disable this cookie, we will not be able to save your preferences. This means that every time you visit this website you will need to enable or disable cookies again.

This website uses Google Analytics to collect anonymous information such as the number of visitors to the site, and the most popular pages.

Please enable Strictly Necessary Cookies first so that we can save your preferences!

Please enable Strictly Necessary Cookies first so that we can save your preferences!